Tips for How to Prevent Mosquito Bites

The whine of a mosquito may be the most annoying sound on earth — and if you’re in a zone where mosquitoes transmit disease, it can also be a dangerous one. If you’re planning to camp, kayak, hike, or garden, you can prevent mosquito bites before you’re attacked by the bloodthirsty arthropods.

This chemical repellent has been studied for over 40 years. The Environmental Protection Agency (EPA) has confirmed that when used properly, DEET works and poses no health risk, even to kids. Marketed as Repel, Off! Deep Woods, Cutter Skinsations, and other brands

Picaridin (also labeled KBR 3023 or icaridin), a chemical related to the black pepper plant, is the most broadly used repellent outside the U.S. The Zika Foundation says it works for 6-8 hours. Safe for use on babies 2 months or older, it’s marketed as Natrapel and Sawyer.

Oil of lemon eucalyptus (OLE or PMD-para-menthane-3,8-diol). The Centers for Disease Control and Prevention (CDC) says this plant-based product protects as well as repellents containing DEET. Marketed as Repel, BugShield, and Cutter

Used in Europe for about 20 years, this repellent is also effective for keeping deer ticks away. Marketed by Merck. 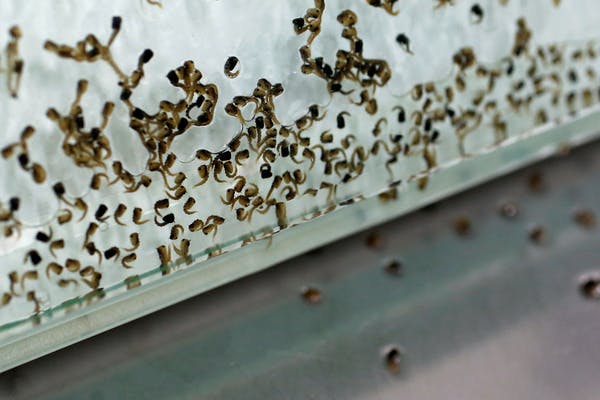 Understanding mosquitoes can help us find better ways to kill them

Astronomer Royal Dr. Martin Rees wrote in 1999: “What makes things baffling is their degree of complexity, not their sheer size… a star is simpler than an insect.”

Blood meals are only for the ladies

The females of most species of mosquito are blood feeders (a practice entomologists call hematophagy), because they use proteins in blood to make yolk for their eggs. They also consume plant nectar to fuel their activities to locate blood sources and lay eggs. Male mosquitoes, on the other hand, feed only on plant nectar.

Finding a nice spot for dinner

Once a mosquito has landed on a host, it has to find the best location to take a blood meal. Mosquitoes that prefer to feed on humans, such as Ae. aegypti, tend to seek a blood meal on our feet, ankles and legs. These areas of our bodies are accessible and can be more “aromatic.” Blood feeding may also go undetected at those locations.

Mosquitoes don’t want to get infected with our germs

While enjoying a blood meal, female mosquitoes may pick up a pathogen or parasite from their host and then transmit it to other hosts during subsequent feedings. That means the mosquito is infected by that bacteria or pathogen, even if it doesn’t make the mosquito sick. 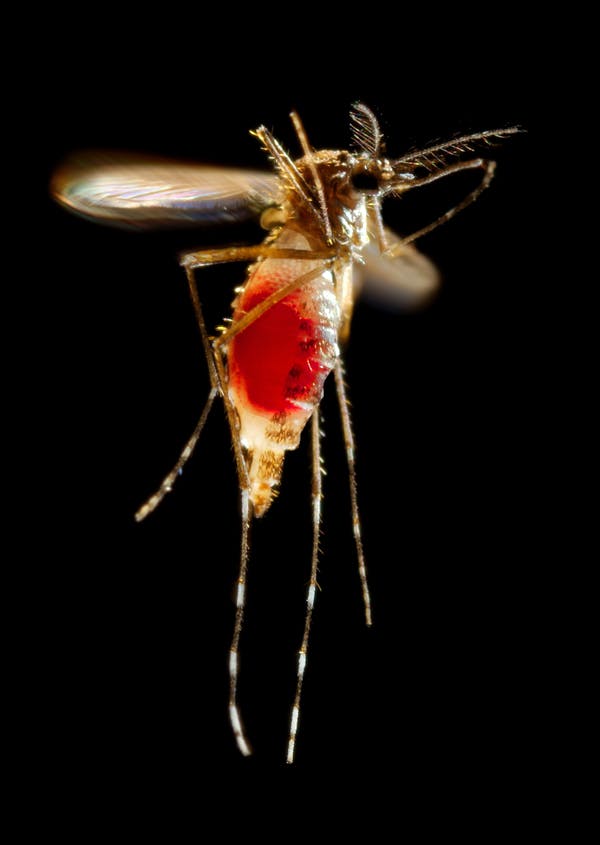 Tips to Combat Mosquitoes in Your Yard

How to Keep Mosquitoes Away from the House: Remove Water Sources

Although some scents work as a repellent for mosquitoes, other body lotions or perfumes can actually attract these pests. The best thing to do is stay away from fancy smelling perfumes, colognes, body washes or lotions if you plan on spending time outside during high mosquito activity hours. These hours are typically dusk to dawn between April and October. If you hate bugs

What Keeps Mosquitoes Away from Biting You: Wear Light Clothing

Not light in weight, although in the summer that is a given. But light-colored clothing! Turns out mosquitoes are attracted to darker colored materials. As for the length, if you can cover up, you should do so. Wearing long sleeves and pants will significantly reduce the number of mosquito bites you accumulate by the end of the evening.

How to Repel Mosquitoes: Prune Hedges and Mow the Yard to Reduce Shade

Mosquitoes like shade to escape the midday heat. Hedges, bushes and tall grass provide shade that shelters mosquitoes. They need a place to get out of the heat and sun during the day, so the fewer shaded areas they find, the less they’ll congregate in your yard.

How to Keep Mosquitoes Away: Treat Pools of Water

Treat pools of water you can’t drain to kill mosquito larvae. Sometimes it’s nearly impossible to get rid of standing water. And sometimes, like when you have a small pond, you just don’t want to. And we certainly love adding water features to the backyard. 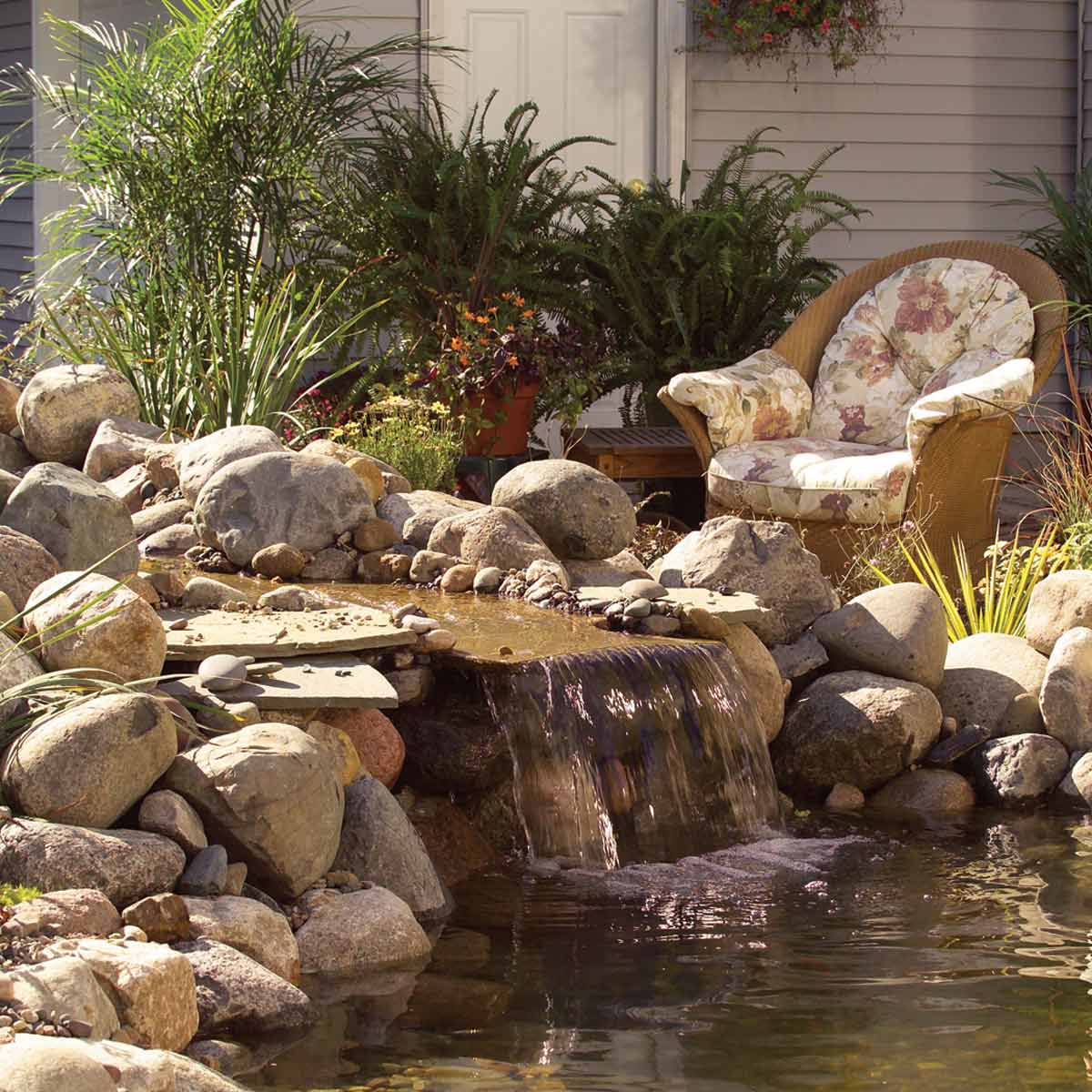 How mosquitoes find you to bite you

Are you dousing your skin with bug repellents and lighting citronella candles to keep mosquitoes away? These efforts may keep them at bay for a while, but no solution is perfect because mosquitoes have evolved to use a triple threat of visual, olfactory, and thermal cues to home in on their human targets, a new Caltech study suggests

The study appears in the July 17 online version of the journal Current Biology.

When an adult female mosquito needs a blood meal to feed her young, she searches for a host — often a human. Many insects, mosquitoes included, are attracted by the odor of the carbon dioxide (CO2) gas that humans and other animals naturally exhale. However, mosquitoes can also pick up other cues that signal a human is nearby. They use their vision to spot a host and thermal sensory information to detect body heat.

Mosquitoes combine this information to map out the path to their next meal.

To find out how and when the mosquitoes use each type of sensory information, the researchers released hungry, mated female mosquitoes into a wind tunnel in which different sensory cues could be independently controlled. The researchers injected a high-concentration CO2 plume into the tunnel, mimicking the signal created by the breath of a human. In series of experiments, they found that the insects were attracted by the CO2, which is an indicator of a nearby host, and would also spend a lot of time hovering near high-contrast objects control experiments – think: a person. In another set of experiments, to test thermal factors, the researchers found that mosquitoes are attracted to warmth.

Information gathered from all of these experiments enabled the researchers to create a model of how the mosquito finds its host over different distances. They hypothesize that from 10 to 50 meters away, a mosquito smells a host’s CO2 plume. As it flies closer—to within 5 to 15 meters—it begins to see the host. Then, guided by visual cues that draw it even closer, the mosquito can sense the host’s body heat. This occurs at a distance of less than a meter

Even if it were possible to hold one’s breath indefinitely, another human breathing nearby, or several meters upwind, would create a CO2 plume that could lead mosquitoes close enough to you that they may lock on to your visual signature. The strongest defense is therefore to become invisible, or at least visually camouflaged. Even in this case, however, mosquitoes could still locate you by tracking the heat signature of your body . . . The independent and iterative nature of the sensory-motor reflexes renders mosquitoes’ host seeking strategy annoyingly robust.

Natural Ways to Keep Mosquito Away

Lemongrass (Cymbopogon citratus) is a fragrant plant that has many positive uses for humans. These perennial herbs are one of the favourite scents of many people because it can radiate a pleasing and relaxing aroma when it is extracted to a variety of commercial products like perfume, aromatherapy, lotion and candles.

But, do mosquitoes hate lemongrass? The short answer is yes. Lemongrass contains citronella, natural oil that has been known among people of many cultures around the world as a natural ingredient to keep mosquitoes away.

Coffee grounds are one of the often natural ingredients used as an insect and household pest repellents like cockroaches and ants. But, who would have thought if using burned coffee ground is also serve as a natural and safe mosquito repellent solution?

Apparently, garlic can be more than just a perk up the flavour to your food. Garlic is known on its natural sulfur that is toxic when mosquitoes ingest it. Thus, homemade garlic-based natural mosquito repellent getting more popular since many people’s beliefs that its strong smell are able to offer mild protection to pesky flying insects like mosquitoes.