With your camcorder of choice in hand, it’s time to venture off and shoot videos. If you’re new to videography, following these tips will help you create better videos. If you’re an old hand, think of this list of shooting axioms as a way to snap out of your routine and juice things up a bit:

Get a closing shot

Your closing images are what stick in people’s minds. You should be constantly on the lookout for that one shot or sequence that best wraps up your story.

Get an establishing shot

An establishing shot sets a scene in one image. Although super-wide shots work well (aerials in particular), consider other points of view: from the cockpit of a race car, a close-up of a scalpel with light glinting off its surface, or paddles dipping frantically in roaring white water. Each grabs the viewer’s attention and helps tell your story.

Videotape is cheap and expendable. Shoot a whole lot more raw footage than you’ll put in your final production. Five times as much is not unusual. Giving yourself that latitude might help you grab shots you would have missed otherwise.

Adhere to the rule of thirds

It’s called the “rule of thirds” but it’s more like the rule of four intersecting lines. When composing your shot, think of your viewfinder as being crisscrossed by two horizontal and two vertical lines. The center of interest should fall along those lines or near one of the four intersections, not the center of the image.

Consider all those family photos where the subject’s eyes are smack dab in the center of the photo. Those are not examples of good composition.

Another way to follow the rule of thirds is to look around the viewfinder as you shoot, not just stare at its center. Check the edges to see whether you’re filling the frame with interesting images. Avoid large areas of blank space.

You want to give viewers the sense that they’re looking through a window or, better yet, are there on location. A shaky camera shatters that illusion.

When possible, use a tripod. The best “sticks” have fluid heads that enable you to make smooth pans or tilts.

If it’s impractical to use a tripod try to find some way to stabilize the shot: Lean against a wall, put your elbows on a table, or place the camcorder on a solid object.

This might seem obvious, but keep your viewfinder on the ball (or sprinter, speeding police car, surfer, conveyor belt, and so on). Your viewers’ eyes will want to follow the action, so give them what they want.

One nifty trick is to use directed movement as a pan motivator. That is, follow a leaf’s progress as it floats down a stream and then continue your camera motion past the leaf—panning—and widen out to show something unexpected: a waterfall, a huge industrial complex, or a fisherman. 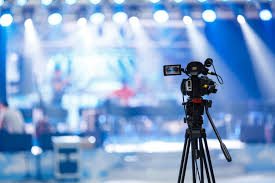 Just like traditional DSLRs, you have the option of attaching third-party lenses to your mobile device. While you are putting a lens on top of a lens (your phone’s lens or lenses), you can expand the capabilities of your mobile device. Depending on the manufacturer, it might be necessary to buy a case for your phone with threading for your lenses, but it is worth the investment. Here are a few lens options:

Most mobile devices have some built-in stabilization but with secondary lenses and an audio kit, you might want to invest in a stabilization rig. There are a few different options, which we’ve detailed below:

Now you’re ready to shoot professional-looking mobile videos that will wow your clients and viewers alike. 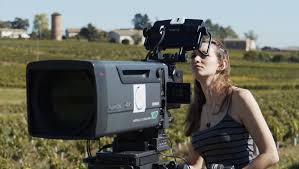 Don’t Be Afraid to Put Your Camera Down

I know it’s scary to put your camera down in public (because thieves), but if you want to get great shots, you’re probably going to have to. This will not only give you the freedom to do whatever it is you have to do in front of the camera without being tethered to it but it will also allow you to diversify your compositions.

Speaking of composition, it’s super important if you’re one-man-banding it. Isn’t it always important? Yeah, but if you’re filming yourself, you may not realize that you’re limiting the kinds of shots you can get…most likely because you’re holding your camera all the time. (Think about how uniform selfies are.) So, approach these compositions in the same way you would a narrative film. Try different angles, focal lengths, blocking, etc.

Duh, right? But use your arms in unexpected ways. Get some sweet tracking shots of your feet by holding your camera out below your waist. Get some subtle dolly shots by pulling your arms in slowly. There are tons of interesting camera moves you can pull off with just your arms, but if you want a little extra help, you might want to think about getting yourself a handheld gimbal or GorillaPod.

Your aperture setting controls how much of your frame is in focus. A low aperture such as f/2.8 will help you emphasise your subject and create a professional-looking blurry background. If you want to make sure as much of your scene is in focus as possible, use a high aperture like f/10 or f/22.

Once you have your shutter speed and aperture dialled in you can select an ISO setting to suit. Remember that the higher your ISO number is, the more grain you will introduce to your footage.

Work with the Light Available to You

When shooting subjects in the great outdoors, it’s important to consider your light sources when planning and framing your shots. For example, if you’re shooting at the beach, it’s recommended not to shoot with strong sunlight beaming directly into your subject’s face. This can result in glary looking footage with overly bright subjects who are forced to squint into the camera. Instead, seek out indirect lighting to create a more balanced look. You can do this by filming your subject with the light directly behind them or from the side. You can also shoot in the shade and use light reflectors to bounce light back on to your subject.

Switch Between Handheld and Tripod Shots

Using a tripod or gimbal can help you shoot perfectly smooth and steady video footage without any camera shake whatsoever. If your camera lens has image stabilisation then you can also shoot handheld footage to create a more dynamic look and feel. Handheld shots aren’t generally as smooth as tripod or gimbal shots, but they can add a sense of movement and emotion to your footage. If you plan to edit your footage, it’s also worth remembering that you can smooth out any shaky handheld footage in post-production.